Plano CDE is a Brazilian social impact business (B Corp) established in 2009 by a group of economists and anthropologists with extensive knowledge in research, consultancy of social projects and public policies for the base of the pyramid. The Organization has the goal of helping to map and understand the needs of beneficiaries of social programs and public policies to subsidize strategies that improve the lives of these families. We partnered with the Center for Microfinances at FGV University to develop this study for J.P Morgan Foundation.

Brazil has a population of 120 million people living on the base of the pyramid, while eighty million have no access to bank accounts (40% of the population). Studies have shown that improvement in financial inclusion has a strong correlation to wellbeing improvement and vulnerability reduction.

Previous qualitative studies have shown the heterogeneity of this vulnerable population on their demands of financial services: the main goal of this research was to measure this diversity. Our primary objective was to develop a segmentation of financial behavior on the base of the pyramid in Brazil in order to subsidize public policies, financial services and financial education programs on offers better suited for the specific needs of different profiles in the population.

The study was divided into four stages: literature review and questionnaire co-creation, face-to-face quantitative survey, ethnographic immersions, and recommendation workshop with stakeholders in the financial ecosystem. The questionnaire was adapted from previous surveys organized by the Brazilian Central Bank, World Bank, and other pre-tested instruments.

Once data was collected, we learned that 57% of the Brazilian base of the pyramid owned bank accounts – but only 7% used them for more than withdrawing their total salary once a month. Payments were made mostly in cash on lottery houses (which, in Brazil, operate as bank correspondents), and digitalization, notwithstanding the universal ownership of smartphones, did not include financial transactions – only 5% ever paid a utility bill online.

Looking at the aggregate data showed a universal distance of lower-income segment to formal financial institutions. Few have access to formal credit, as previous literature on financial inclusion already predicted. Those who save money on the previous 12 months (27% of this population) did it largely at home, in cash and knowledge of financial concepts is also critically low. Only 20% of the sample correctly answered basic interest-related questions. A relevant segment of 27% refused to try to answer these financial education questions, showing a considerable lack of confidence when dealing with numbers, math, and issues related to money.

With these results in hand, our team formulated a clustering analysis called Grade of Membership (GoM). This method allows for a refined clustering, in which individuals are simply assigned to a group, but are given a grade of similarity to others within a group. The result is a definition of “pure profiles” and other mixed profiles. In our survey, we found three pure types of financial behavior.

Three profiles were found, analyzed, and later visited on ethnographic immersions. The qualitative stage allowed us to understand in depth what psychological traits differentiated the groups. The segments were described as follows:

Conservatives are usually older (85% are above 50 y.o.), with lower school attendance (84% never finished Elementary school level). Ethnographic data showed Conservatives were mostly worried about having a “good name”, meaning, they will abstain from consumption lest they generate debt.

“It’s better not the have anything than to be in debt”, one of our interviewees explained. More than 71% don’t have bank accounts, and they generally describe a strong distrust of banks. Extra income, for them, would be directed to tangible assets: home improvements, better groceries for the family. 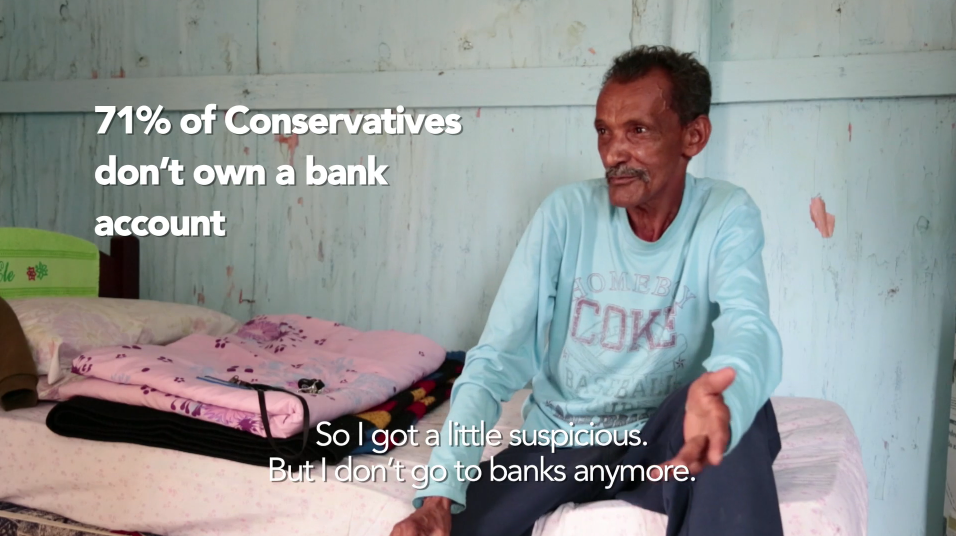 Disorganized are families with younger children (1,6 children per household, on average), and didn’t finish high school (83%). Many are in debt, and half of them do not wish to pay their debt. However, what differentiates them the most is the will to consume even when creating new debt (30%, double that of the total population).

“I’m very relaxed with money” is a typical self-description heard on the ethnographic immersions. Their financial decisions are seldom planned – most think it’s not worth thinking too much ahead since emergencies invariably arrive. 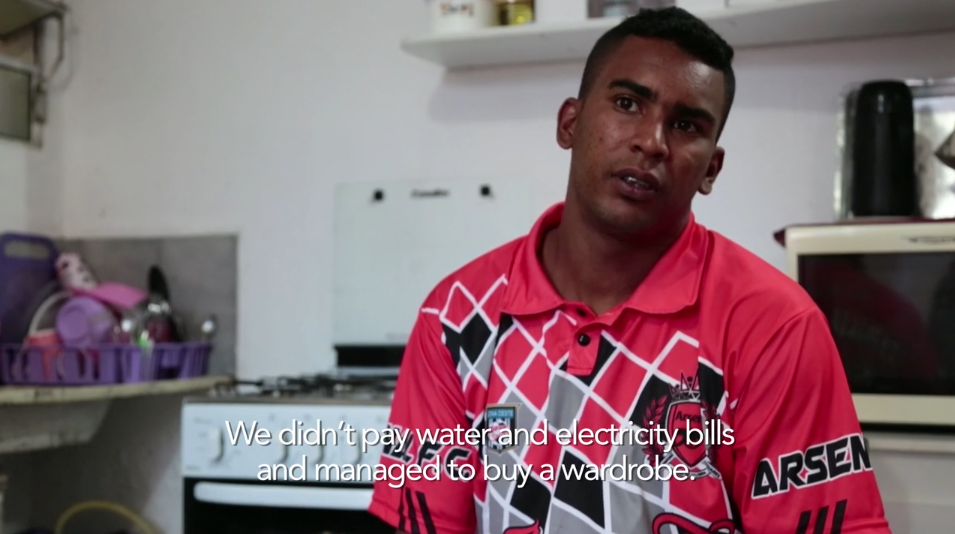 This profile has similar education levels as the disorganized, yet they manage to have better financial education and are able to consume and save. “I cannot buy a product made for an upper class” summarizes how Planners deal with their consumption habits: noting what fits their tight budget.

Up to 58% of them were able to save money on the previous year, although commonly at home. The extra income would go to savings accounts – more common in the public, which is 91% bancarized. 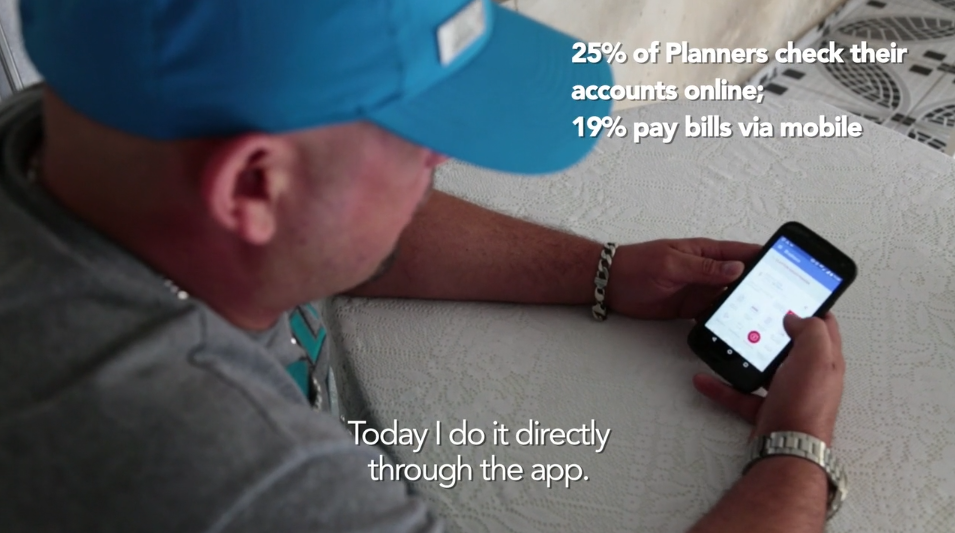 These findings were shared in a co-creation workshop including the ecosystem of financial inclusion (Central Bank, major financial institutions, Fintechs, NGOs and Academia). Stakeholders at this meeting recommended solutions for each of the profiles identified. Whilst there was a challenge of finding the Planned profile with current credit scoring algorithms, institutions also needed to learn how to better direct financial literacy solutions to the Disorganized, and more secure payment means to Conservatives. Co-created recommendations can be summarized in the table below

The results were presented at Brazilian Central Bank Financial Inclusion Conference and other important forums of the theme and subsidized new financial instruments and financial education programs more suited for the different profiles of the base of the pyramid´s population.