Nepal indulged into ten years (1996-2006) of insurgency, affected the entire communities of the country that created a sense of insecurity in the mind of people, especially poor, marginalized [including youth and women]. It created widespread poverty, youth unemployment, injustice, inequalities and discrimination (cited in Upreti, 2006). As per Shakya (2008), the major consequences of the conflict on women are the lack of social safety and psychological trauma.

The political transition of the last decade as guided by the Comprehensive Peace Accord (2006) couldn’t bring changes in the insecure mind of people. The frequent political violence and security actions of police further forced these groups of people to stay away from the police and their service. Moreover, the aforementioned groups were frequently denied access to security and justice services. The lack of public knowledge about the security procedure and trust for police along with the role of middlemen in the manipulation and exploitation of poor and vulnerable people further prevented these groups from easily accessing the security services, especially in province no 2, Nepal. People would fear and feel tense in the presence of police. 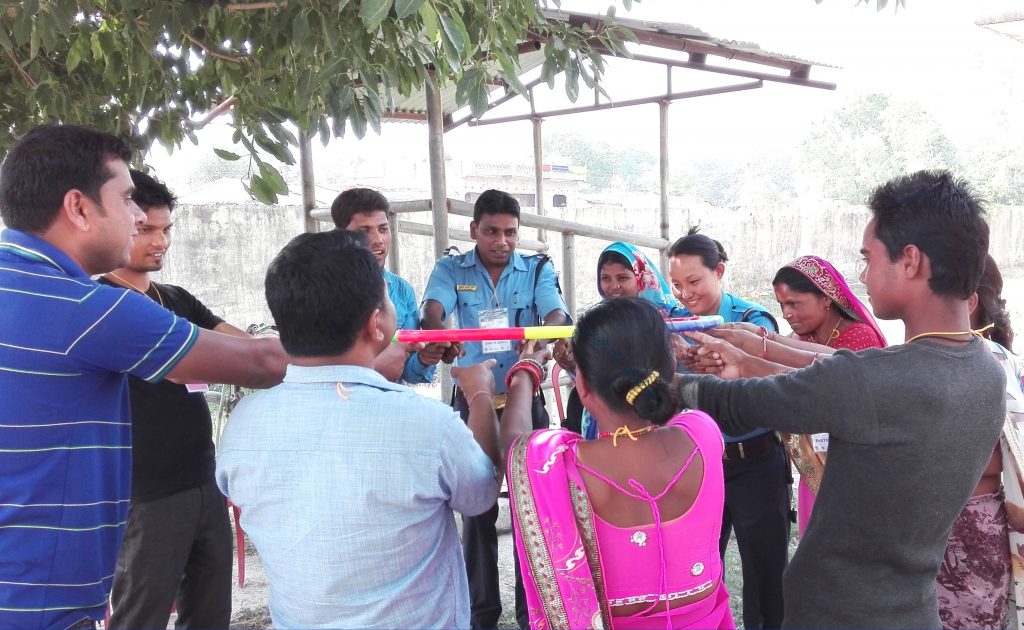 In the situation above, this article explores how did the interactive formula of community police dialogues and participatory performances contribute to improving the access to security for poor and marginalized in Nepal?

From September 2016 to December 2018, a consortium of CSOs led by Janaki Women Awareness Society, a non-profit organization, Nepal implemented Strengthening the Poor and Marginalized Access to Security and Justice project in central southern 4 districts of province no 2, Nepal. The project was implemented in collaboration with Search For Common Ground (SFCG) where the funding was provided by UKAID. The overall aim of the project was to improve access to security and justice of poor and marginalized communities. During the implementation period, 208 participatory interactive dialogues between the citizen [poor, marginalized, youth and women] and police were conducted. Each participatory art-based intervention i.e. football clinics and drama clinics lasted for three days. The follow-up visits with the project participants for the individual as well as group interviews combined to generate the success stories for exploring the changing relationship between police and citizen.  Within the framework of qualitative analysis, the researcher, who had also served as a consortium coordinator for the project, analyzed past security situations in the context of the project site. Then project reports, media evidence and other related reports were also reviewed to reach the conclusion.

Citizen participation in the project and results

During the project, citizen got the opportunity to discuss about their security issues with police, jointly played in a football game with the police officers, performed in a participatory street theater, shared their problems associated with security and justice to police, learned about the work as well as working modality of police, become familiar with the security service obtaining procedures, jointly prepared as well as implemented the security improvement plan with the police in order to upgrade the security situation in the communities. These all actions of the project helped people to overcome their unnecessary thought about the security and justice process of the country. Further on, citizens became aware of their responsibilities to improve the security situation in the communities. Police, on the other hand, also got the opportunity to know the real security issues of the citizen.

The final result of the project showed that interactive dialogues and participatory performances between police and citizen [poor and marginalized people] could establish a mutual relationship between them. The outcome of the project also built a sense of consciousness to the citizen that accessing service from police is easy and police are helpful as well, they learned about the police commitment towards improving the security situation in the communities. They became familiar with the challenges and difficulties police are facing for maintaining a better security situation. People have started seeking the security and legal services in their need by visiting police office without fear and hesitation. This is a tangible success over the objectives of the project. 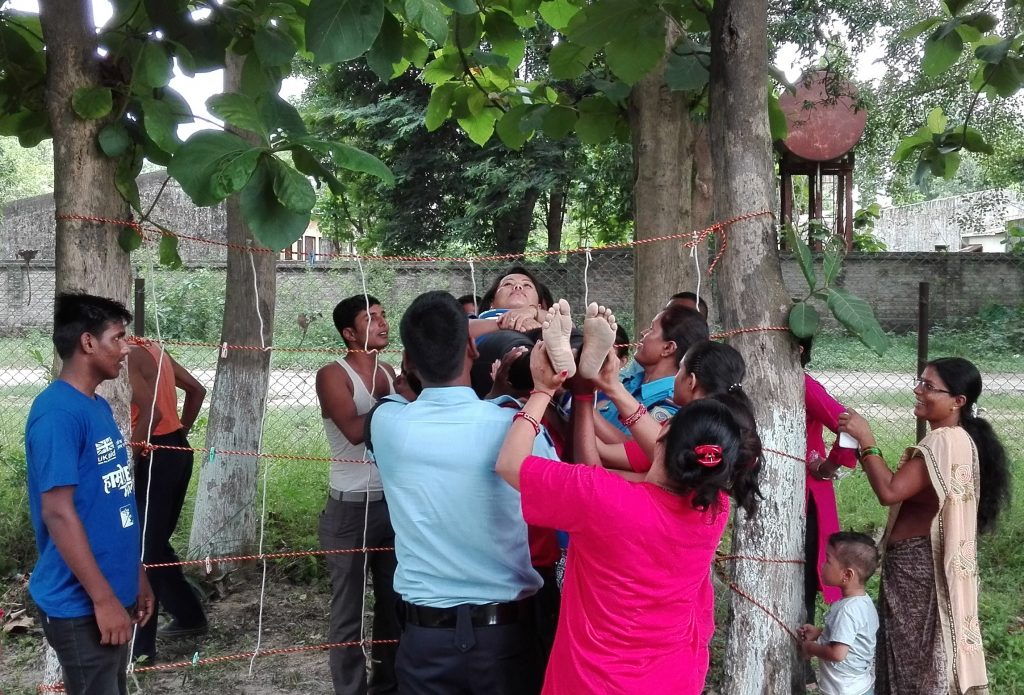 Participants also responded about the changed behavior of some police personnel. Previously, when women from the rural village used to visit the police office for obtaining security service, the police personnel would often send them back asking them to bring a middleman who knows the application procedure. After the project interventions, whoever from the community went for the security service, police received them in a dignified manner.

About the implementing organisation:

Janaki Women Awareness Society (JWAS) is a non-profit making non-governmental organization established by a group of women social workers in 1993, at Dhanusha district of Nepal. The formation of a democratic government provided space to the women social workers who were very much disturbed and concerned about the social evils of child marriage, reproductive health and HIV/AIDS, dowry system, domestic violence, conflict-affected people, disables, discrimination against women, youth and marginalized people. To improve people’s lives from the above situations, the group of women social workers decided to work in an organized way and founded JWAS.

Shakya, A. (2008). Impact of Armed Conflict on Women and Children in Nepal. New Delhi:  WISCOMP

Nub Raj Bhandari has focused on issues related to girls’ and women’s rights, education, conflict transformation and social accountability for the past ten years. He is the Program Director at Janaki Women Awareness Society and also a researcher for child marriage and education-related projects. His research focus and commitment are policy-focused and he seeks to transform society by promoting quality education, gender equality, and peacebuilding.