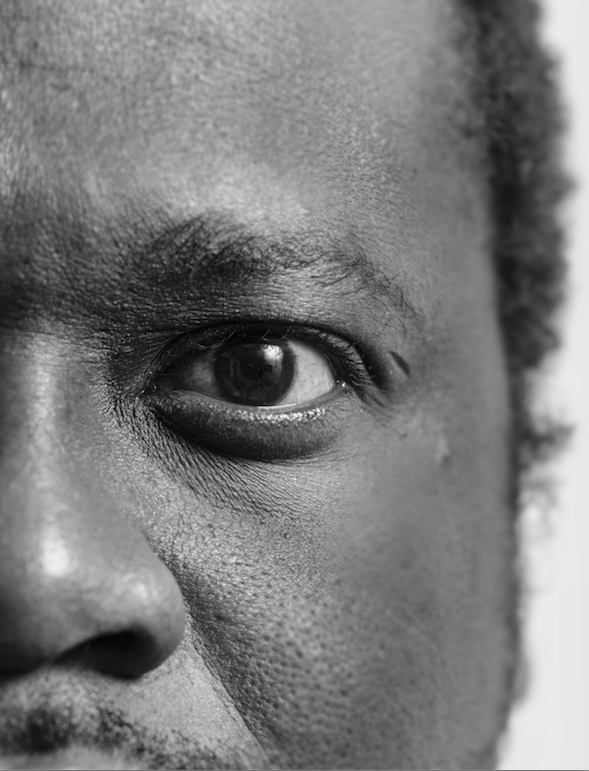 In South Africa, adolescent girls and young women make up around 2/3rds of new HIV infections yet men account for slightly more than half of AIDS deaths.

Whilst women are infected at a greater rate, the AIDS deaths do not follow the same linear pattern which suggests men often find out about their HIV status later (when iller) or do not take treatment compared to their female counterparts.

The Bill and  Melinda Gates Foundation approached PSI to understand the reasons which prevent some men from engaging with HIV services and design interventions to help better support these men. The primary objectives were to understand how to encourage men to test for their status more regularly, and how to ensure that positive men link to treatment within 30 days.

The long term intended recipients of the research results and interventions are the health delivery partners in South Africa who have been consulted throughout.

The study started by framing the wider context of men’s lives and how HIV fits within it. To do this, researchers used an ethnographic approach in which trained moderators spent up to 1 day with 18 different men living in high-risk areas of South Africa to understand what daily life is like. 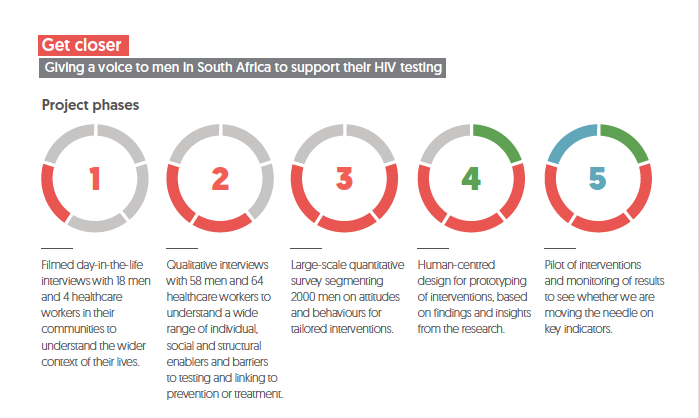 Using both of these qualitative inputs, a questionnaire was designed, and 2000 men were surveyed. The analysis segmented men according to their underlying attitudes and behaviors, to tailor messages and interventions for harder to reach groups of men.

The research team worked closely with PSI and Matchboxology to ensure insights were well understood and humanized to design against. They did this using a number of methods such as bringing actors to play the roles of the different segments, and the use of video/ verbatim from the qualitative.

Matchboxology then used the segmentation to recruit men from 2 identified challenging segments and brought them to a co-design workshop. Together, the men and designer’s prototypes interventions to pilot in the field. This will be the next step of the process.

Increasing the uptake of HIV testing

Whilst specific interventions are being designed and tested, the insights alone have greatly advanced thinking behind how to approach young men in South Africa. Previously, men were thought to be stubborn and indifferent, but what the research highlighted is that the young men were scared and vulnerable but rigid gender norms prevented them from being able to share such emotions.

This has meant that rather than using fear-based communications, to try and scare men into testing (which is counter-intuitive), healthcare programmers should find other ways to engage with men. Men tend to see HIV as a death of life as he knows it, even though widely available HIV medicine means HIV is no longer a death sentence. For men living in tough conditions, testing for HIV does not represent a release, it only represents more stress.

As a healthcare providing community, we are actively looking to find ways to reframe testing as a positive and reduce the perceived burden of a positive diagnosis and this research has helped us make a major shift in how we think about men’s attitudes towards HIV.