India, one of the world’s fastest-growing economies, still loses 300,000 young lives each year to pneumonia and diarrhea, diseases that we have the tools to prevent. If practiced together, handwashing with soap at key occasions (HWWS) and complete immunization, two of the most cost-effective child survival interventions, could significantly reduce under 5 mortality. Lifebuoy, Unilever’s leading health soap brand and Gavi, the Vaccine Alliance, an innovative public-private partnership working to immunise children in the world’s poorest countries, came together to design an integrated communication platform called ‘Safal Shuruaat’. Translated as ‘Successful Beginning’, the program harnesses parents’ aspirations for their child’s success to help mobilise parents to handwash with soap at key occasions, immunize their children and other key parenting behaviours. The program aims to achieve sustained behaviour change in handwashing with soap and immunization under the ‘aspirational’ umbrella of successful parenting as a communication platform to save lives of young children and help them reach a better potential while intervening in the first 2 years: bringing down the under 5 mortality rates. Safal Shuruaat is being implemented by a consortium led by GroupM, with Kantar as the research partner responsible for monitoring and evaluation.

‘Safal Shuruaat’ has been implemented in an initial two pilot districts in Uttar Pradesh, India.  Further scale-up in 12 additional districts is planned for the second half of 2019. The program takes parents of children under 2 years on an engaging journey through a series of village events, home visits, and a group encounter at the rural childcare centres and school. 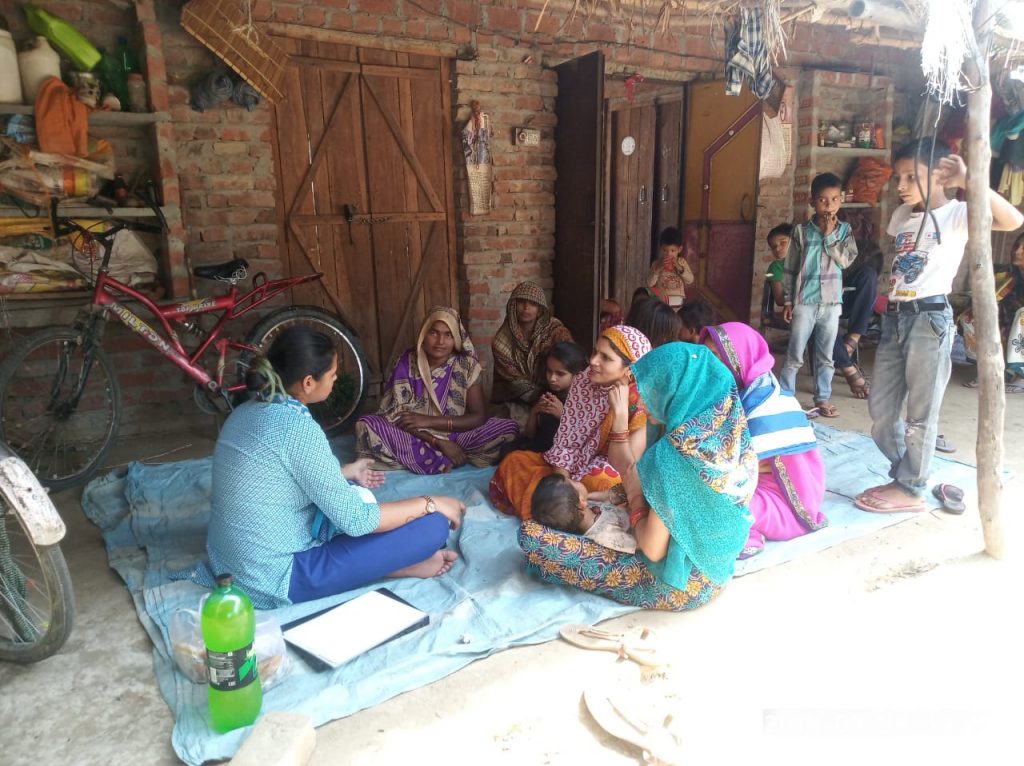 The overall research design, provides 360-degree support to program implementation, with multiple components set out with the following objectives:

The Formative research formative research included 800 face to face CAPI assisted quantitative surveys with parents of under 2 years, along with 70 qualitative activities with key influencers and enablers, including extended family members, village heads, and field-level workers. Findings showed that parents broadly considered children’s health issues to be beyond their span of control and an unavoidable part of their life. Childcare practices were mostly governed by prevalent social beliefs, norms and rituals, which potentially contributed to the low uptake of suggested practices, even though promoted by front line health workers.

Concurrent monitoring was undertaken for a period of 10 months across 108 villages. Six monitoring touch points took place before and after program visits; each program visit covering progressive modules on HWWS, immunization and parenting. In a sample of about 4000 respondents engaged during the monitoring, a longitudinal panel sample of 320 households was followed to enable a deeper dive into handwashing behaviours.

The first round of concurrent monitoring (MV0) set up a baseline for knowledge, attitudes and practice indicators on HWWS, immunization as well as relevance of these in being a successful parent.

The incidence of handwashing post defecation was as low as 13% at the baseline and showed a rise of 53% within 6 months (MV4 after 3 program visits). The high engagement strategy, including the use of engaging audio-visual aides, managed to target other handwashing occasions as well. The incidence of handwashing with soap by the mothers before breastfeeding a child rose from 2.7% to 14.8 percent. In terms of the proportions, the percentage of people never washing hands post defecation dropped from 86.1 to 29.3 percent. These trends were similar for cross-sectional as well as the longitudinal panel participants.

The Mother and Child Protection Card (MCP Card) is an essential tool[1]designed to inform and educate the mother and family on different aspects of maternal and childcare, linking maternal and childcare into a continuum of care[2]. The program stresses the importance of using the MCP card and keeping it safe. Monitoring at MV4 showed an increase of 12 percentage points from the baseline (85.2%).  The compliance for three priority vaccines – Rotavirus, Measles Rubella and Pentavalent – relevant for children under the age of 2, grew by 45%[3], 35% and 20% points respectively.

Several social and religious constraints also act as barriers to immunisation uptake. Breaking down misunderstandings and finding a way to leverage or transform social norms becomes critical if we are to increase the uptake of vaccines.

Finally, the parenting component, which was the foundation of the integrated communication platform was also monitored. Awareness of key parenting behaviours, including the understanding of the need to bond with the child, ensure adequate nutrition and maintain hygiene behaviours increased by 18%, 23% and 11% points respectively. With respect to washing own hands with soap and getting the child immunized positive trends with a 2% rise in vaccination and 11% in handwashing was reported as actions to be a good parent.

The data was analysed to examine differences in the cohort exposed to specific program visits with access to assets distributed vis-à-vis the others. The proportion of people, who received the handwashing station always washing hands with soap post defecation was 10% higher than who did not receive. Similarly, the more exposures to the program visits the higher the proportion of ‘always washing hands with soap post defecation’. An immunization calendar was given to parents to facilitate reminders around immunization dates. The ones who received the calendar showed 12%-point higher compliance for pentavalent vaccine, 11% points higher for rotavirus vaccine and 15% points higher compliance for measles-rubella vaccine as compared to the cohort that did not receive it.

This project has been a rich learning experience for each of the stakeholders and the 360-degree research component has played a critical role from strategizing and creative design right through to implementation and monitoring. At the end of the 3-year program Safal Shuruaat will have reached 5000 villages and a minimum of 300,000 households with children under 2 years.